Product momentum with its impacts

Product momentum with its impacts

Talking about speed and momentum, I remember my first experience while still engaged in the development of mobile products of one prominent of cellphone maker Siemens Mobile. Around July 2003, in Indonesia we’ve been doing some testing of SX1 smartphone (pilot samples). SX 1 was the successor of Siemens Mobile first touchscreen by stylus pen SL45 45 (one of Siemens 45 series among the whole Siemens Mobile products at that time ).

The target release of SX1 in Indonesia was around the beginning of 2004, but there was rescheduled. At the same time, February 2004 competitor Nokia has just released the Nokia 6600 smartphone in Indonesia market that playing in the same class with SX1 and marked its presence as the first smartphone gets outstanding response.

Quite could be predictable, its ripple effect to smartphone market momentum at the time. Of course, N6600 smartphone reap large portion of the smartphone market cake that time, while other vendors have not been formally launched mobile phones in its class.

Then couples month later SX1 smartphone was launched a few months later, with retail price of IDR 4.3 million per unit (around USD 480). Inevitably face the N6600 smartphone had a strong foothold in the market and the customer side (top of mind) at retail price that several times down to 3.6 million per unit (around USD 400). Disparities retail price considerably became a dominant factor in the domestic market that time besides another value proposition such  quality of products and other factors.

Learning from that experience mentioned above, the speed factor is indeed a significant factor, but this article just focuses on the momentum factor as an important factor in business. Preparing, processing good products in production line with less time consuming would contributing cost significantly, but it was not enough! The main question : Does the product was launched at the right time? This is where momentum plays an important role.

The speed factor should synergize with momentum. More precisely how to set the pace at the right moment. It’s about how to get right timing. It is not easy nor difficult to determine the right moment through the experience. The sensitivity to the momentum it can be honed.

Momentum is itself plays role as important variable that determine:

– Does the process need to be speeded up?

Speed is important, as well as timeliness (momentum) as a strategic factor that must be owned and honed capability from time to time. 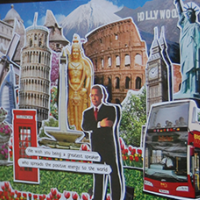 Agree with you sir..
Speed or momentum is the significant factor in business.. 🙂